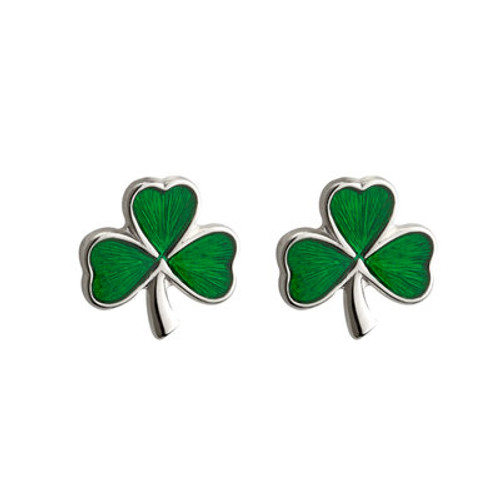 The shamrock is an instantly recognizable emblem of the Emerald Isle. It’s said it was plucked from the land by St Patrick to explain his belief in the Trinity, and many believe that wearing this spring of green will keep them safe from harm. These unique earrings are made from green enamel, and has been Irish hallmarked in Dublin Castle.

Made by Solver Irish Jewelry Company