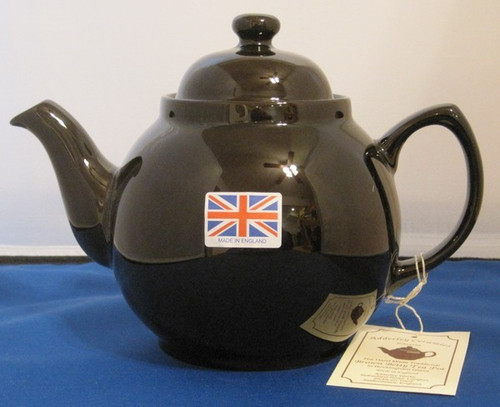 During Queen Victorias Reign, tea became a symbol of Britain's greatest period of expansion and stability.  Every home had a tea pot, even if it was a basic "Brown Betty"
Tea became part of the meal, a staple in the diet.   The Brown Betty tea pot is still a symbol of English Tea and a firm favorite of tea lovers all over  the world.  Its origins go back to the 17C and to the birith of the ceramic tea pot.
Our Brown Bettys is made in England using the same Red Clay and Rockingham Glaze as they have for over 200 years.   The clay and shape coddles the brew and keeps it hot longer.   The Brown color allows for a seasoning of the pot and give the tea drinker an beautiful pot of tea.