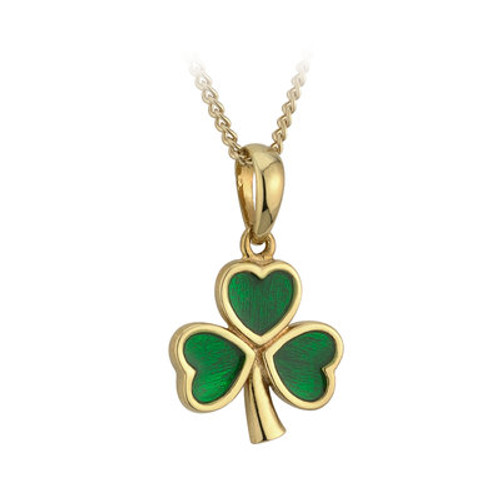 Shamrock Design Pendant on 18 inch Chain.  Made from Gold Plated Base Medal